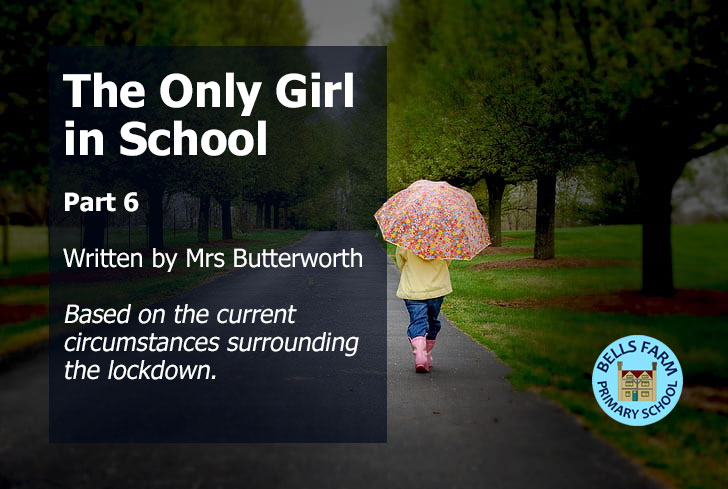 The sky was as Frankie would expect, and the wisp of cloud had drifted to meet fellow wisps and score a large white scratch mark across the blue. But the rainbows (yes, plural!) arched magnificently over each other, each one seeming determined to dominate the landscape. There were watercolours, blending into each other, and bigger, bolder patterns painted thickly against the sky. Some of them looked close enough to touch, and others almost ghostly in their transparency. At the end of some were large, gaudy flowers and at others, splashes of yellows and oranges. “Gold?” thought Frankie, remembering the legends of these wonderful feats of nature. Nothing, just nothing, would surprise her any more.

However wondrous the faraway sights were, they just could not hold Frankie’s attention a second longer, for there was so much to take in right in front of her. The field itself was a sea of greens – olives and limes, and every shade of a lush meadow on a sunny day. Where only yesterday, or even minutes ago, it had been quite flat (though never as flat as required for those hotly contested football matches), it was now a rollercoaster ride of dips and hills, curving this way and that in a dizzying display. Frankie recalled that only last week, Mr Evans had given the grass its first cut of springtime, but now she saw velvety blades sticking up from the ground at every angle imaginable, interrupting patches of daisies, bluebells and buttercups.
“Your mouth’s wide open again, Frankie…thought you ought to know.” It was Spike. Her small friend, with his inflated coat and comical eyes, was in front of Frankie now, his tail thumping up and down, giving away his sheer joy. “Come on, there are so many folk I want you to meet!”

“Folk? I can’t see anyone, just hills and valleys and an awful lot of flowers and rainbows. You must have bumped your head with all that spinning business Spike!”
“No, they are definitely there, maybe just hidden in the valleys or behind the hills. Plus, they mightn’t be awake yet – I took a while! Come on, what are you waiting for? Let’s explore while there’s time!”

All Frankie could think to do was shrug her shoulders, but her feet followed Spike’s as they carefully navigated the hollows and peaks, treading softly and watching every step as if treading on broken glass. In truth, this felt nothing like glass or even grass. Frankie had the same feeling she had when walking on a warm sandy beach, and she longed to cast off her trainers and let her toes feel the soft squishiness of the ground. A cautiousness unfamiliar to her usual nature took over and she dropped this thought as quickly as she had contemplated it; for all she knew, the earth would start to spin again or even try to swallow her whole. Lockdown had been grim up to this point, but there were limits to her need to relieve the boredom, and disappearing forever into an imaginary land was one of them.

As they gradually made their way across the new landscape, sometimes going in circles as demanded by the curves and waves of the land, Frankie felt confident enough to look up, suspecting that even if she missed her footing, the gentle ground would embrace her like the floor of a deflating bouncy castle. Tall stems, uneven in thickness and boasting every colour, shape and size of flower emerged at every turn, and Frankie quickly decided that not one of them resembled anything she had ever seen growing in her garden. “That’ll be the reception and nursery lot if you ask me,” came Spike’s observation, as if he had actually read her mind. Yes! He had put his finger (or spindly paw) on it! These quirky plants which she could have bent down and picked from their roots were nothing more than three dimensional paintings! A closer look confirmed that the clusters of seeds in the centre of so many of the flower heads were tiny scrunched balls of coloured tissue paper, some of them uncurling and some barely attached, revealing gaps covered in shiny blobs of dried glue. “I’ve seen these before!” she cried as Spike nodded in a very “I-told-you-so” manner, “I think I even painted one when I was ‘Tiny Frankie!’

“Are you getting it yet Frankie?” said Spike with a grin he couldn’t resist, spreading over his puffed up face. But Frankie had no time to answer, because the exchange between the friends was suddenly interrupted by the sound of unexpected and yet very familiar music. “Is that what I think it is?” she asked her made – up talking dog, rather pointlessly when she thought about it later. If Spike could have scratched his head or shrugged his shoulders, Frankie felt certain he would have done both. Instead, he replied. “I’m not bad at French, and just love reading, but I’m beginning to realise that music is not a strong point. I can just never remember the words you see, and I can’t hold a note to save my life!” But before Spike had finished his touchingly honest evaluation of his talents, it came to Frankie in a flash of memory. “Yes, I think I’m right. That, unless I am very much mistaken is “Caulifowers Fluffy!”